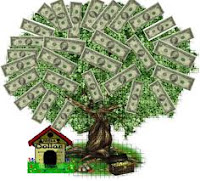 Time is money, Such a saying how precious time. But if you have to choose what is more valuable, money or time? we might get a different answer from each person. Someone who minded rich will appreciate time than money, and instead someone who minded poor value money more than time.

Let's say a trip from Jakarta field that can be reached with a time of 2 hours by plane at a cost of 1 million to 2 million dollars. Another option is to use the train or bus with a much cheaper cost may be up to 600 thousand, but the travel time to 3 days.

Those who choose to use the bus or train from Medan to Jakarta with the aim of saving, may have to accept the fact that it did not save if in the end have to sacrifice a lot longer. Must stay in advance, coupled with tiredness and fatigue on the way, it could be up in Jakarta could not immediately move, and this means that the time it takes a lot longer true.