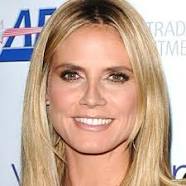 PERSONAL
Hilary Duff has a full name Hilary Erhard Duff, an actress, singer and songwriter, and writer who was born 28 September 1987 in Houston, Texas. Her goal as a child wanted to be a professional ballet dancer, until his mother pointed it to be an actress.

Related to his personal life, Hilary had had relationships with a number of celebrities, including actor Frankie Muniz and Aaron Carter. Relations with the Carter problematic, because it turns out Carter still live the life of a romance with a young actress who is popular through the movie FREAKY FRIDAY, Lindsay Lohan.

Not long menjomblo, 2007 Duff began dating a hockey player named Mike Cornrie. This relationship is running smoothly and on February 19, 2010 they announced their engagement. On August 14, 2010, both the single was officially ended with the wedding which was held in Santa Barbara, California.

CAREER
1997-1999
Starting his career in acting, Duff starred in the mini-series TRUE WOMEN. After that, Duff played in many television movies. He also memnangkan Young Artist Award for Best Performance in a TV Movie or Pilot.

2000-2003
Duff became known for her role as Titular the teen television series THE DISNEY CHANNEL'S LIZZIE MCGUIRE. His meeting with Andre 'German' Recke, a manager who eventually led him to enter the world of singing. Hilary Duff titled debut album, Santa Claus Lane (2002) successfully released at that time. Duff starred in the television and still sing until late 2003

2004-2006
His third album, titled Hilary Duff, for which he writes his songs himself, released to coincide with his birthday-17 in 2004. In the same year, Duff starred in his first drama RAISE YOUR VOICE. Not only that, Duff also jumped into the fashion world by launching a clothing line, Stuff by Hilary Duff. In 2005, Duff starred in several films continues. And in 2006, Duff launched a perfume from Elizabeth Arden products are labeled with Love ... Hilary Duff.

2007-2009
Still in the field of acting and singing, Duff went on to star movie titles, appearing in television shows, and also released his fourth album, Dignnity. He even worked on the album Best of Hilary Duff in 2008. Fashion world still they do. In collaboration with DKNY Jeans, Duff launched a design called Femme for DKNY Jeans.

2010-Now
Not enough to cultivate the field of acting, singing, and fashion only, apparently Duff is also keen to become a writer. October 2010, Duff launched her first novel, Elixir, in hardcover. The book be a best seller is the sequel to the first of a series of books he wrote. Second sequel, Devoted, will be released in October 2011.