✖
Home Motivation Come On To Rise and Shine

Come On To Rise and Shine 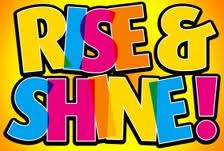 According to experts in the field of health, the air in the last third of the night when the night is divided into three parts-a very rich with oxygen and not contaminated by other substances that are very useful in optimizing the body's metabolism. This will have an enormous influence on the vitality of a person in the activities during the day. This is a tremendous gift from God given through natural freshness in the morning for His creatures.

Early in the morning is an excellent time to exercise. The earlier you build, the more calories you can burn during the day and you will always feel healthy. Research has also shown that people who exercise in the morning tend to be more consistent in maintaining their body fitness.

Researchers added that the people who have the habit of staying up late into the night, will usually tend to have feelings of depression or stress and potentially higher overweight.

In his observations, researchers have interviewed 1068 adult health and their sleep habits. The result is known that they were used up in the morning generally average activity started earlier, happier and more ideal weight.

Ritual bathing was an important early morning start the day with zest. When the morning shower, our bodies were still left exhausted after a sleepless night can feel refreshed and ready to perform the activity. Many people are reluctant to move from the bed to the bathroom for some reason the water is too cold. In fact, cold water not only refreshes the skin but also improve the system so that the working muscles more flexible and ready to move the spirit.