✖
Home Reference and Education Achieving Success by Learning from Bees

Achieving Success by Learning from Bees 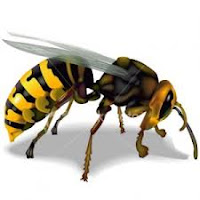 Many things can be learned from a bee which is one animal that has many benefits. A believer has the privilege than another human being. Wherever the believer is, whatever is done, any trustee who will embrace and goodness always bring benefits to humans or the natural surroundings.

Bee just landed in the places of choice, a clean place, there is lots of flowers or fruits that contain lots of nectar, not like a fly that is easy to find in every place, especially dirty place, then landed in the net to bring the dirt from somewhere else. Has a Muslim should learn from bees, a Muslim is supposed to be just like eating and drinking and Thoyib halal (good), making a living by lawful means, and trustworthy in all things for the good of mankind and the natural surroundings.

Bees simply removing the net from inside the body, namely honey. Honey comes from bees stomach and has many benefits for health. Every Muslim should keep all the words because words are not maintained can cause offense, according to the comments yag not actually happened would be slander, so there should be no single word that came out except a kind word.

Work hard and never give up attitude should exist within every Muslim, especially in enjoining enforce unjust. Moreover, the nature of which is subject to a bee is queen bee leadership can also be emulated. Bees will never interfere unless feeling threatened. Among Muslims with one another like a building, therefore, should be the nature of mutual help, work together, and keep each other in goodness is a must for every Muslim.