✖
Home 7Top Ranking 7 Most Endangered Languages ​​in the World

7 Most Endangered Languages ​​in the World 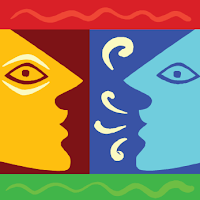 Language plays a big role in everyone's life, even though sometimes we do not think too much about it. Language is a tool to communicate real needs.

The UN says that on average, a language disappears every two weeks. Worldwide, nearly 6,000 languages ​​threatened with extinction. This language is rapidly disappearing due to reasons such as they use the language dies, then also been integrated with other languages.

The fact that there are languages ​​that are more prominent than others, and in today's world people felt it important to learn the language more popular, so forget about the original language.

Here's 7 Most Endangered Languages ​​in the World

Worldwide there are only 8 people who speak Chamicuro, according to a 2008 study. This language is commonly used in Peru and is currently considered critical, because most of the people who speak this language support old-old. No more children who speak Chamicuro because this area has been using Spanish sebgai their daily language. However, those who speak this language are able to develop a dictionary of their term. If you want to know how to say some animals in Chamicuro, use this: kawali (horse) polyo (chicken,) Pato (duck) katujkana (monkeys) ma'nali (dog,) Mishi (cat,) waka (sapi. )

In 2008, the language used by Ongota only 6 native speakers, all of them are elderly. This makes it critical language and endangered. However, unlike most languages ​​are disappearing, there is actually a professor at Addis Ababa University in Ethiopia who do Ongota language studies. He concluded that this language follows the structure of the subject, object and verb. Ongota is Afro-Asiatic language spoken in Ethiopia in the west bank of the River Weito in a small village.

Liki is a critical language spoken outside the islands north coast of Sarmi, Jayapura, and Sarmi District (?), All of which are located in Indonesia. In 2007, the study showed that only 5 people speak the language. In the past, the language spoken by local church officials who live in the region. This language comes from the combination of Austronesian languages, Malayo-Polynesian, Middle Eastern, Eastern Malayo-Polynesian, Oceanic, Western Oceanic, North New Guinea, Sarmi-Jayapura Bay, and Sarmi.

In the Solomon Islands, this Tanema language ever used in places such as Vanikolo Island, Temotu province and in a village LL. Currently, these languages ​​are spoken by only 4 people only according to the study in 2008. Tanema is mixed Austronesian language of the Malayo-Polynesian and Middle-East, and Marine. Many of those who had been switched to talk Tanema Pijin or Teanu language, both languages ​​are very popular in this region. Tanema want to learn the language? Try: wekini (to turn), Laro (swimming), He vamora (for work), and he Munana (to lie down.)

Chemehuevi, the language used by the Ute, Colorado, Southern Paiute, Utah, northern Arizona, southern Nevada, and on the Colorado River, California. While the Chemehuevi tribe though still there but the number of people who are fluent are hard to find. A study in 2007 showed that only 3 people strictly speaking this language and all adults. If you want to talk about the things of nature in Chemehuevi, try words like kaiv (mountain), hucip (sea), mahav (tree), and tittvip (soil / ground).

The language used in Vanuatu, an island located in the southern Pacific Ocean about 1,000 kilometers east of northern Australia, Lemerig rank 3. More specifically, the language spoken on the island of Vanua Lava. Language that has only two people who can speak fluently, according to the study in 2008. Lemerig consists of at least four different dialects, all of which are probably already extinct.

Kaixana is one of the critically endangered language of many that exist today. This language has been used in close Japura River, located in Brazil. Over time, the Portuguese settlers took over the territory. At one point, nearly 200 people speak that language. However, a 2006 study showed that only one person is speaking live Kaixana, so critically endangered and is destined to become extinct.