✖
Home 7Top Ranking 7 Most Scary Airport in the World

7 Most Scary Airport in the World

Here's 7 Most Scary Airport in the World

Surrounded by towering Himalayan peaks, Paro is one of the world's most challenging airports for pilots. In fact, currently only eight pilots in the world that is certified to be landed at this airport.

Located in a deep valley, landed at the airport requires pilots 'negotiating' with a series of mountain, go down quickly, and then a steep turn to the left immediately before landing. 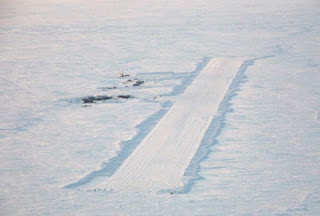 Carved in sea ice of the Ross Island every year, along the 2.5 mile runway operates mostly in the summer in Antarctica.

Pilots should avoid landing too heavy and the aircraft must be monitored closely to ensure no sink more than 10 inches into the ice. 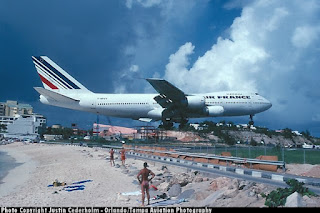 Flight approached Princess Juliana International Airport on the water must pass through, rather Maho Beach, and the pilot must make regular checks to ensure the instrument maintained the appropriate height.

Because the distance between the sea so close to the fuselage. Takeoff will force the pilot banked sharply to the right and turning to avoid the mountain at the end of the runway. 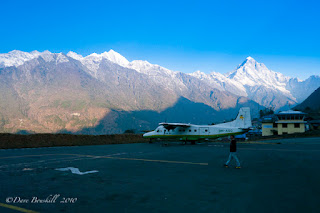 These one was built for the climber of Mount Everest. There s only be done during daylight hours when the weather is sunny. But when the wind was blowing strong and tends to cloudy skies, airports will be closed to all flights.

Has a runway length of 460 meters and a width of 20 meters, there is no reason for the pilot to make a mistake during takeoff or landing. Because having a tilt at the runway ends and directly across the valley. From 1973 to 2010 there have been nine plane crash at the airport. 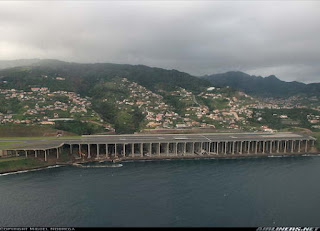 Funchal is known as the most dangerous airport in the world. Cause, Funchal has a short runway and its position close to the cliff.

In 1980, a Boeing 727 crashed at the end of the runway while landing. As a result, a total of 131 passengers were killed. Because the extended runway on the sea with 150 concrete pillars to support him.

Although no longer the short runway, its position adjacent to the mountains and the sea raises another issue, namely the extreme turbulence and bad weather conditions. The condition creates problems for pilots, even the most experienced, during takeoff or landing. 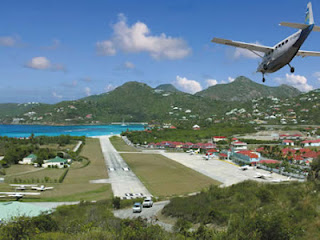 In addition to the short runway, using Barra Airport beach as a place of landing and take-off. Owned three Barra runways marked only by wooden poles.

At night the runway was closed by the tidal sea water. Therefore Barra foundation can only be used on a scheduled flight and not for the evenings. 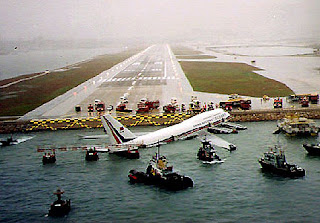 The runway is located in the north of Kowloon Bay, Kowloon, Hong Kong. Surrounded by mountains, landing at Kai Tak Airport more difficult because it must pass through a residential area, so the pilot had to perform difficult maneuvers before touching down on land. Due to frequent fatal accidents, Kai Tak airport finally closed in 1998