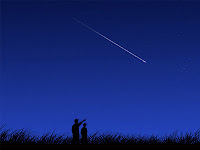 Indonesian society is known as a community that has a long tradition of kinship and complex. In some areas, the technical term that indicates the name of the clan kinship. In Java, although rarely used his surname but not least the close family ties to the area who used the name marga. That in Javanese culture term used to refer to family relationships rise to seven generations.

The close family relationships in the Indonesian society is a strong indicator of the dominance of family in one's life. Family norms seem to still be upheld. Even to someone else to form their own families, the origin of his family still always taken.

In conjunction with the development of a person, the family is the first and foremost place in a person's development. Said to be the first place because someone first learn to socialize and communicate within the family (Kaswanti Purwo, 1990:101-103). Since I was in the womb, birth, infancy, childhood, adolescence, adulthood a necessarily interact intensively with the family. Interaction with family divided when someone new starts have committed themselves to others in a marriage. That just does not cut off family ties definitely one hundred percent.

Is said to be the main venue for the communication pattern and order of values ​​within a family giving a very large influence on the behavior of a child (Gordon, 1984; 6). For example, families are harmonious and democratic. Harmony and democratic values ​​that the family owned was certainly inherited by his children. In Java, the language that is in accordance with the maxim that the "Peanuts mongso ninggali trellis". That is, more or less the same behavior with the behavior of their parents.

In the context of counseling for teenagers in high school is known that cases dealing with moral issues can usually be traced child of her family background. For example, children who have social deviance usually background family disharmony. Or there are kids who are addicted to drugs because of a lack of affection from their parents.