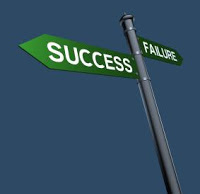 It felt as though we agree that the reform had an impact in the life of Indonesian society. As with all change, there are likely to impact change in a positive direction, but some are inclined toward the negative. Positive influence during these visits is democracy and freedom better than ever before. To the extent that people do not understand negative effects of the reform because of the attention focused on the issue of democracy.

If it does not reform coupled with the economic crisis, political crisis and ultimately morality, surely the one reform would result in the triumph for our nation. however, when attention was focused on the issue of reform of political advantage, closing the right eye there is great danger facing our nation. The fundamental danger is besara and morality crisis.

The symptoms of the crisis of morality towards people already apparent. Case of Ambon and Aceh, riots, arson, and rape is a monumental cases that indicate a nation's moral crisis. While other cases such as narcotics, counterfeiting money, debt conglomerate, solving the slow corruption, murder, fights, strikes and demonstrations origin is a further indicator of the nation's moral decline.

I think we've too jenuhh with this multidimensional crisis problem. For that we need immediately doing efforts for our nation back to its original state so ready faster in welcoming moment world. Which if the right effort and directly touch the basic nature of the development of a nation is tackling morality of Indonesian human resources. Indonesian people need addressed so that normal morality.

Educational institutions are better able to reach the audience it regardless of denomination. education that diving offers scientific truths and universal seems to be able to get into all levels of society. It also can play a strategic position when our society already has fragmented because of religious issues.

Because education is seen more entered into various layers and groups regardless of the racial element is feasible and appropriate if the institution entrusted character education issues. With the inclusion of moral education in education in general, it means that moral education can be implemented in a systematic and very broad reach.

Regardless of the pros and cons of the problem a clear moral education for education practitioners a way that is the best contribution of the world of education. Of course, character education is not merely in the sense of formal education, which is organized by the school education, but education in its broadest sense, namely that education can take place within the family, community, and school.