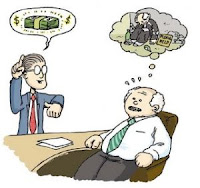 Parties can be expected is still informal education that occurs in the family. Education in the family actually become very important in the context of the value of education because the family is the first place for people to interact and acquire the basics of good manners (Ambroise, 1987: 28). Pendiduikan process occurs naturally in families through the transformation of the value of this happening slowly but systematically. This is related to the nature of value is not the first habits that lead to goodness.

What matters is how the family sat role in providing moral education to children dididk. It is certainly not easy to remember the families in our country is very varied. In general, families in Indonesia can be classified into 3 variations. First, harmonious family. What is meant here is the family harmonious families who do not have a problem that is so significant in terms of both interpersonal relationship problems and financial problems. Second, troubled family. What is meant here is a family troubled families who have problems either interpersonal relationship problems or financial problems. Third, the family failed. What is meant here is the family failed ynag family experience in building families sehinmgga kegagalna family became divided.

Because of his complex family problems in our country, the education provided was not able to be generalized. Their respective roles in the family moral education was a family can not be equated with other keluaga. However, there are some principles that it wants to be there if keluarha role in character education.

Second, exemplary. Educational process in the family relied on parents' example problems. This is in contrast with the pattern of school education with emphasis on patterns of indoctrination and broadening horizons. If the pattern of indoctrination and enforced family rules, then it will be no family harmony. It could even be the child would likely be aggressive and antipathy towards the family. As a result, children are even more at home living outside the home than to be in her own home. If so it means moral education in the family is less successful.

Third, active communication. Loosening cases the relationship between children and parents has been due to a lack of communication between child-parent. Because each busyness, family members rarely bertemua. As a result, even though they are in the house but are rare direct communication.

First, the value of harmony. Harmony is one of the main character embodiment. People who have a noble character certainly appreciate the harmony and unity rather than division. If the family had early instilled the values ​​of harmony and the child was familiarized resolve the problem with deliberations in life outside their families will also be used to solve the problem perdasarkan parley.

Second, the value of piety and faith. Ketagkawaan and faith is the controlling utapa character. Ketagwaan and someone who has true faith and fundamental religion regardless of what would happen in her behavior. Thus it is not possible if one has levels deep piety and faith to take actions that show that he was having a very despicable character.

Third, the value of tolerance. The definition of tolerance here especially is willing to pay attention to each other. In family values ​​tolerance can be implanted through a process of mutual regard and mutual understanding among family members. If successful, it would be carried in the interaction.

Fourth, the value of healthy habits. What is meant here is a healthy habit habits of healthy living and lead to the development yourself better than now. Planting socially healthy habits this course will provide a solid foundation for children in the mix with the surrounding environment.

One thing that becomes the key issue of character education is that we have to agree that human morality akita bangs need to be addressed somehow. If necessary, we must embed themselves into the educators and parents that the key to overcome the crisis is prolonged by placing great emphasis on character education through all fields.