7 Hottest Country in the World 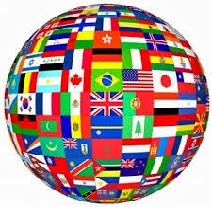 Among of the few countries in the world , has many and various seasons , and the seasons arise from several different climates with extreme weather climate is very hot and very cold weather . But I will discuss the 7 countries with the most hot weather in the world .

The following 7 Hottest Country in the World

Iraq had experienced warmer temperatures in 2010 , so the temperature reaches 520 Mercury ? C in Basra on June 14 . The country usually experience dry summers and wet winters . Most rain levels in this country about 10 inches per year .

The country is also known to have a hot climate , especially in the Lut Desert . In this part of the country has recorded temperatures up to 71 ? C.

In 2010 , Saudi Arabia experienced a very hot year . Jeddah temperature rises up to 52 ? C. This heat wave is accompanied by a sandstorm . This causes major power outage in 8 power plants in this country .

The country is considered one of the hottest in the world . Danakil Depression is a desert area more than 100 meters below sea level . This area is characterized by heat waves and earth tremors . The air temperature can rise up to 63 C.

Libyan state one of the largest and the 4th biggest in Africa . Libya is to the equator and is considered to be the hottest in the country. of territory is mostly covered by arid desert and heat . In the capital , Tripoli , the average high temperature is around 30 ? C in summer . Wind called Ghibli able to change the temperature to about 40 ? C to 50 ? C.

Algeria experienced a very hot temperatures . Even during the winter , the temperature is still hot and humid . Known temperature exceeds 50 ? C in this country .

Some areas in the U.S. are hot , especially Death Valley , California . Average temperature of 48 ? C during the summer . This area is a barren desert with an average the rain 5 cm per year .