How to Overcome Blood Pressure 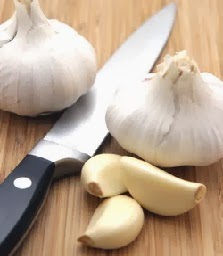 Hypertension or high blood pressure is a disease that can be experienced by everyone . Not only is influenced by heredity , but also caused by an unhealthy lifestyle such as exercise rarely have the habit of smoking , overweight , and often stressful .

The doctor will usually take care of hypertensive patients with medication . However, these medications often have side effects that make patients uncomfortable . For that , you could very well be naturally treat hypertension . Here are some natural herbs that can be used to treat high blood pressure , as follows :

1 . garlic
Research conducted in 1003 showed that hypertensive patients decreased their blood pressure after eating garlic . In addition to successfully lower blood pressure , garlic is also known to not have any side effects on the patient . Other findings also found similar results and was published in the journal Pharmacotherapy in 1993 .

2 . cardamom
A study published in the Journal of Biochemistry and Biophysics in 2009 reveal that cardamom can help treat hypertension . These results were found to researchers after they surveyed 30 patients with hypertension were given three grams of powdered cardamom . Natural spices are known to be very effective for lowering blood pressure and no side effects .

3 . shallots
Quercetin , an antioxidant substance found in red onions . This substance is known to lower blood pressure in hypertensive patients , according to a study released by the Journal of Nutrition in 2007 . Shallots are known to be effective for lowering hypertension compared with placebo .

4 . turmeric
The study, published in the Journal of Renal Nutrition found that taking turmeric supplements can help lower blood pressure . These results were obtained after the researchers looked at two groups of participants were given 500 milligrams of turmeric for three months .