Lack of Sleep Can Damage Brain 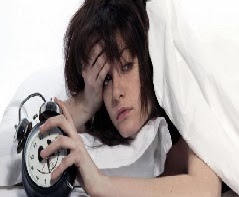 Welcoming the New Year's Eve yesterday certainly many people who lack sleep . But for the health effects of sleep deprivation is detrimental effects on the body . According to the researchers reported that sleep deprivation has an effect like a head knock .

These results were obtained after investigators examining healthy young men . They showed a surge of chemicals that indicate brain damage after they did not sleep all night .

Professor Christian Benedict of Uppsala University , Sweden explained that the NSE and S100B chemicals are markers of brain damage , when the impact occurred . He also explained that the researchers found an increase chemicals in the blood of the participants had a sleepless night .

" It's not as much as when the head knock, but the increase is still significant . During sleep , the brain rid itself of toxic substances . Because no sleep , eating rate of NSE and S - 100B is increased , " he said .

According to Professor Benedict , these results also support previous findings showing that lack of sleep can increase the risk of Alzheimer's , Parkinson's , and disease Sclerosis . This study certainly reinforces that sleep is very important for brain health .