4 Trees Oldest, Highest, Greatest and widest in the World


Please Share this article is useful !
Let's agree on one thing: the tree is the reason why you and I are still alive. This is the only reason why people are at a point where it is now. This article is to honor some of the trees that have managed to survive and thrive for thousands of years. 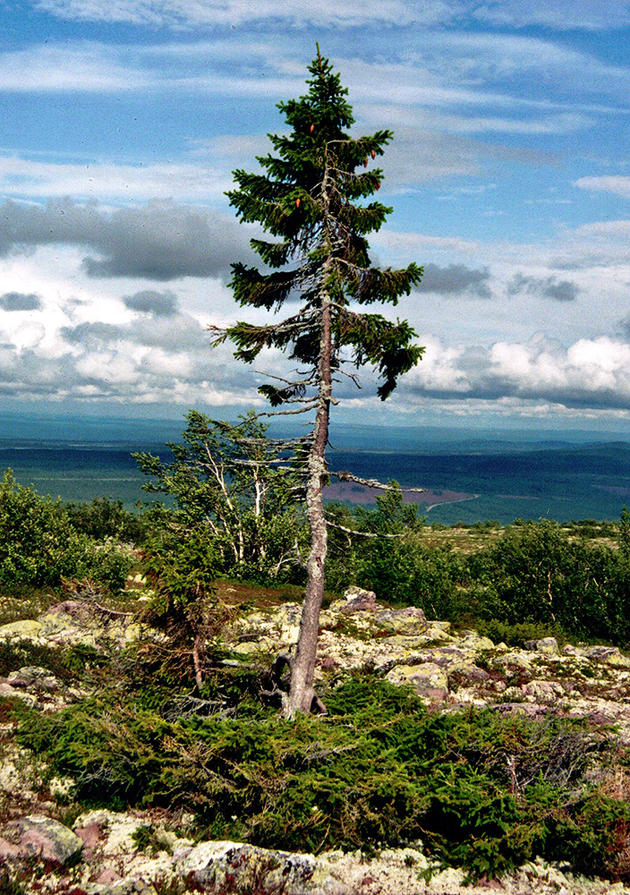 Old Tjikko, the oldest tree in the world is believed to be 9,550 years old!

Individual clonal oldest tree in the world is believed to be 9,550 years old (date-carbon), Norway Spruce (norway spruce) is located in Mount Fulufjället Dalarna province in Sweden and was found by a professor of Physical Geography, Leif Kullman. Tree named "Old Tjikko" taken from the name of his dog. At first glance, the tree as high as 5 meters (16 feet) this may not make you assume it as the oldest living organisms, but do not let its size fool you! For thousands of years this tree has managed to adapt to any climate changes that occur in the area where it is located.

It is believed that the reason why this tree has survived for so long is because of two processes: vegetative cloning and layering. During the vegetative cloning process, the trunk can die every few hundred years (~ 600 in this case), but the root system can live for thousands of years. Layering occurs when one of the branches touch the ground, and finally "turned into the root". Scientists also have found some other trees around this tree is, all aged less than 8,000 years, is truly amazing! Old Tjikko located in Mount Fulufjället Dalarna province in Sweden 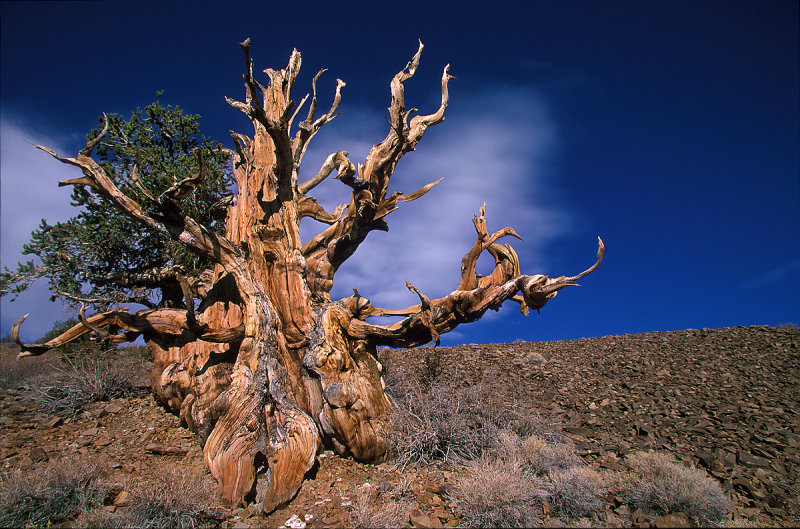 Metheuselah non-clonal tree is the oldest in the world at the age of 4845 years.

Methuselah is a type of pine tree that grows high in the White Mountains (White Mountains) of Inyo County, California east. This tree is named according to the name of one of the longest-living characters in the Bible, who lived until the age of nearly 1,000 years. Unlike the Tjikko that has survived the "clone" themselves, Methuselah is believed to be non-clonal tree / oldest organism. It has been tested dendrochronologically (counting tree rings) and in 2012 this tree 4845 years old Methuselah is located in the White Mountains of Inyo County, California east

Hyperion was found on August 25, 2006 by naturalists Chris Atkins and Michael Taylor in a very remote area in Redwood National and State Parks (California, USA) and is believed to be about 700-800 years old. Explorers say that the tree could possibly be higher than 380, but because of the damage done to the woodpecker at the very top, the high end of this tree when measured was 379 '4 ".

Although several other trees have recorded higher than this giant, most of them have fallen because of heavy deforestation in the 60s in the Redwood. Even more than 90% of the country's natural forests have been cleared until 1978, when the area was purchased and used as a national park. People speculated that thousands of trees - some even bigger and higher than the Hyperion - felled by logging that never stopped for 24 hours a day and 7 days a week are made from year 60 to 70. As with all rare trees, location precisely this tree kept confidential and only 3 groups of people who never could find and document them.

Unfortunately most of the tree photo below looks like taken with a camera phone, so it looks like this. But to give you an idea of how high the tree this photo really show it. This is the holder of "world's tallest tree" before Hyperion found, named Stratosphere Giant which is 10 feet shorter than the Hyperion. Note 3 climbers in blue. Stratosphere Giant photo above was taken by James Balog. Due to the large size, James had to take a lot of photos and stitch them together. 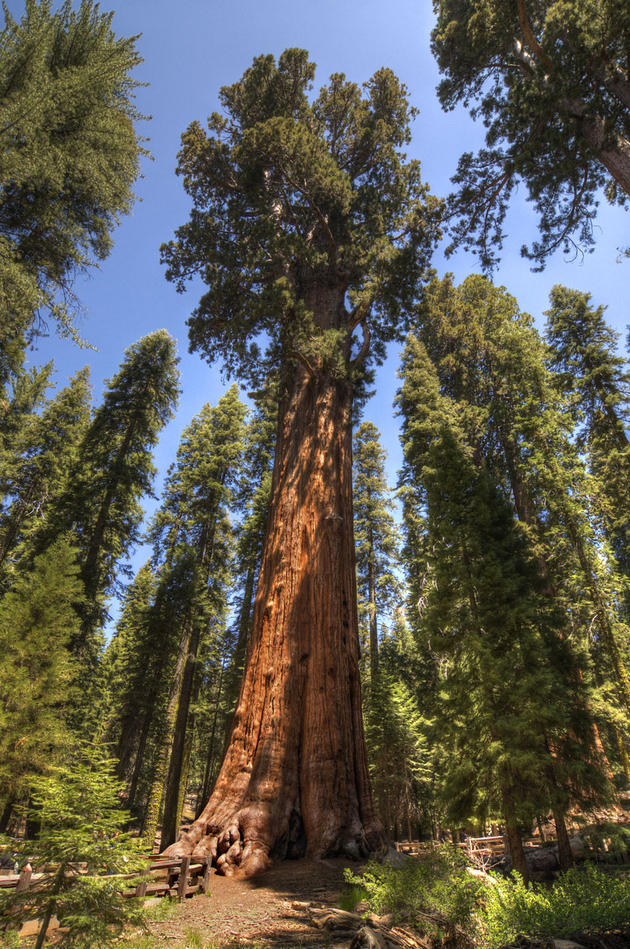 Although there are many other trees are taller and wider at their base, they were no match for the famous General Sherman tree is. This tree outperform anything living on this planet by volume (including branches) and is considered the largest living organism on the planet. Estimated age of this tree is approximately 2.300 to 2.700 years. This tree has survived several fires, climate change and thankfully modern humans.

With an estimated weight of about 1,385 tons, height 274.9 ft (83.8 m) and a base diameter of 36.5 ft (11.1 m), this is the fastest living creature on the planet evolved. In 1879 this tree is named after an American Civil War general William Tecumseh Sherman, by naturalist James Wolverton, who was then serving as a lieutenant in the 9th Indiana Cavalry under Sherman. General Sherman is located in the Giant Forest of Sequoia National Park in Tulare County, California