Please Share this article is useful !
Vampire Castle Alnwick actually predates the term "vampire" is now. Alnwick castle vampire story has been around since 800 years before the advent of drackula legend.

This mystical event written by an English historian William of Newburgh. He reported that there was a man who returns from death to spread a deadly virus outbreak. 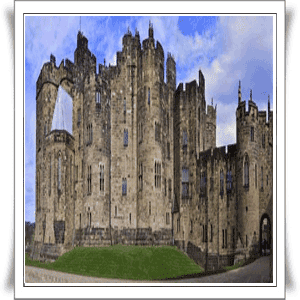 The man died from a fall from the roof while trying to peek his wife having an affair with another man. Then his spirit becomes a ghost vampire walking around with a foul smell and spread the deadly disease outbreaks. Ghosts that inhabit the area around the vampire castle alnwick.

A pastor and some of his congregation gathered to tackle terror vampire ghost. Grave men suspected of being ghost vampire dug up, and then they opened the coffin and stabbed the corpse with a shovel.

Apparently fresh blood flowing from the body of the corpse, and suspected it was the blood of the victims being preyed upon by vampires. Finally corpse cremated vampire actors and burned, then the tragedy of death from a mysterious disease outbreak ends immediately.