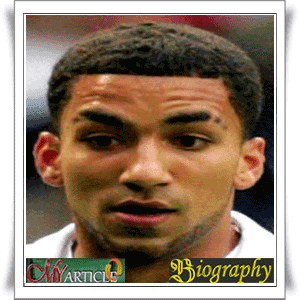 Aaron Justin Lennon was an English football player currently playing for the club Tottenham Hotspur. Aaron Lennon was born in Chapeltown, Leeds on 16 April 1987. Lennon plays as a right-wing / left.

Men Jamaican and Irish descent was once a member of the academy Leeds United in 2001. He started his career at Leeds United and became the youngest player in the Premier League at the age of 16 years. Because Leeds experiencing financial difficulties, in 2005 he moved to defend the club Tottenham Hotspur.

He became Man of the match in England B with Belarus on May 25, 2006 in England in the World Cup warm-up match at the Madejski Stadium in Reading, Berkshire, England B eventually lost 2-1. He did his full debut as a second half substitute in a 6-0 win over Jamaica on June 2.

ESPN Soccernet considers Lennon very fast player and one of the fastest in the Premier League, with excellent skills on the ball and a keen eye to escape.