BIOGRAPHY
Guyana Bharrat Jagdeo was a politician who was appointed President of Guyana on August 11, 1999. He served as president until December 3, 2011. Prior to becoming president, Jagdeo is the Minister of Finance. Jagdeo was appointed president when Janet Jagan, the current president, resigned for health reasons. Since then, Jadgeo won two general elections, namely in 2001 and 2006.

Since a young age, Jagdeo had been interested in politics. At the age of 13 years, Jagdeo joined the youth organization People's Progressive Party, the Progressive Youth Organisation. Three years later, Jagdeo became an official member of the PPP and not how long, finally she was featured as a local leader in the party. 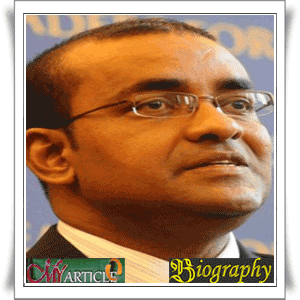 Jagdeo then migrated to pursue a Master's degree in Economics at Patrice Lumumba People's Friendship University in Moscow. After the title was acquired in 1990, Jagdeo returned to Guyana and worked as an economist. In October 1993, was appointed as Minister of Finance Jagdeo Junior. A few weeks later, he was elected as the party Central Committee of PPP. Jagdeo was then increase the level of members of the Executive Committee of the PPP. In the Cabinet, Jadgeo promoted as Senior Finance Minister in May 1995. August 8, 1999, for health reasons, the president of Guyana at the time, Janet Jagan, decided to resign. He also said if Jagdeo will replace it. Jagdeo was sworn in as President of Guyana on August 11, 1999.

Jadgeo then re-elected in the general election held on August 28, 2006 by winning 54.6% of the vote. On 2 September the same year, Jagdeo was sworn in as President of Guyana for the second time. Late in 2011, Jagdeo finish twice a term of his presidency. In Guyana, the only candidate should hold a position as president in two tenure. Jagdeo also resign from the position of President of Guyana.

In his reign, Jagdeo succeeded in improving access to education, rehabilitation of the health system, the expansion of sanitation and drainage systems, the development of road transport network, water, and a large-scale air, and others. In January 2011, Guyana reportedly entered the fifth year of economic growth. International debt was reduced by almost half and foreign investment increased three-fold compared to 2006.

In recent years, the Jagdeo stressed the need for urgent international action to tackle climate change extreme. Guyana Low Carbon Development Strategy has been prepared on a national scale to protect hutam in Guyana which covers 16 million hectares. Apart from all that, apparently Jagdeo had experienced incidents of social media is not wearing the current favorite, Facebook. Because the person without permission to use their credentials to create a Facebook account in 2009 ago.

Some world leaders do have the original Facebook account to show their profiles, but Jagdeo not. And he was very disturbed by penyaruan that people do not take the responsibility. Jagdeo also take stern action against impersonation and asked the police to track down the culprit.