BIOGRAPHY
Courage is a former member of the House of MCC, Mukhamad Misbakhun, against the regime SBY appreciated. Misbakhun reveal the 'criminalization of politics' that happened in a book entitled 'Against subdued'. As written in his book, Misbakhun refused to sign the arrest warrant given Superintendent Rudi Setiawan on April 26, 2010. 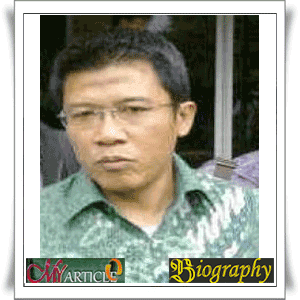 Misbakhun rejected police allegations that he was involved falsification related Letter of Credit Century bailout case in 2010. Moreover, according to Misbakhun, police do not have strong evidence to hold it. To the police, Misbakhun said it would sign a warrant if they are willing to change the wording in the letter to the 'Held for me against Susilo Bambang Yudhoyono'. After deliberating for some time, police officers eventually accepted.

He was finally signed the arrest warrant contained therein sentence: Arrested for me against Susilo Bambang Yudhoyono. Misbakhun writing accompanied by photographic evidence of BAP in the book. Misbakhun arrested for allegedly falsifying related Letter of Credit Century bailout case in 2010. As a result of her alleged cases, Misbakhun jailed approximately one and a half years.

Finally on July 27, 2012, when the review process, the Supreme Court stated Misbakhun innocent and free from conviction. Although found not guilty, until now Misbakhun not receive redress, including back to being a member of Parliament from the MCC.