Early life, education and pre-parliamentary career
Di Natale was born to Catholic Italian immigrant parents and grew up in Melbourne. He attended Monash University, where he graduated with a Bachelor of Medicine, Bachelor of Surgery. Natale later studied a Master of Public Health and a Master of Health Science at La Trobe University. Prior to entering parliament, Di Natale was a general practitioner and public health specialist. He worked in Aboriginal health in the Northern Territory, on HIV prevention in India, and in the drug and alcohol sector. 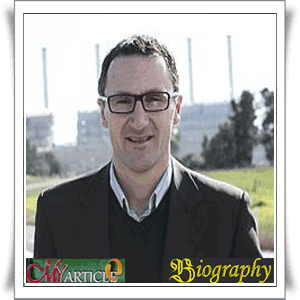 In 2004, Di Natale was the Greens second Senate candidate, behind David Risstrom, who missed out on winning a Senate spot. In both 2002 and 2006, Di Natale was narrowly defeated in the seat of Melbourne in the Victorian Legislative Assembly, almost de-seating the Labor health minister Bronwyn Pike. Richard received 48% of the two party preferred vote in both elections, missing out on a win. Di Natale has acted as health spokesperson for the Greens in Victoria and in 2002 spoke about the Greens support for harm reduction policies to manage illicit drug use.

Di Natale also ran for the position of Lord Mayor of Melbourne in 2004, coming second to the elected John So. In April 2007, Di Natale spoke out about the health implications of climate change, and later that year voiced concerns about terror laws in relation to the then suspect Dr Mohamed Haneef. Dr Di Natale was nominated as the Australian Greens lead senate candidate for Victoria for the 2010 federal election. Greens leader Senator Bob Brown described Dr Di Natale as the Greens "next strongest hope" at this election.

Parliamentary career
In the 2010 Australian federal election, the Greens Party achieved balance of power in the House of Representatives and the Senate. This placed the party in a unique position to pursue its progressive legislative agenda. As a Senator, Di Natale successfully negotiated a $4 billion dental funding agreement with the government which he described as “laying the foundations for Denticare” the Greens policy of universally available medicare-funded dentistry. Senator Di Natale also campaigned against the Australian government Future Fund's holdings in tobacco funds, a campaign that was ultimately successful with the Fund divesting the entirety of its tobacco holdings (approximately AUD $250 million) in 2012.