BIOGRAPHY
Thomas Hodgskin was born in England on December 12, 1787. He is known as a British socialist writer on political economy, critics of capitalism, free market anarchist and early advocate of free trade and trade unions. Hodgskin joined the navy at the age of 12.

He rose quickly through the ranks in the years of struggle with the French Navy to the rank of first lieutenant. Following the defeat of the French navy opportunities for advancement closed and Hodgskin increasingly running into trouble with his superiors discipline, eventually leading to a military court and dismissal in 1812. This prompted the first book "An Essay on Naval Discipline" (1813) scathing criticism of the authoritarian regime brutal while in the navy. 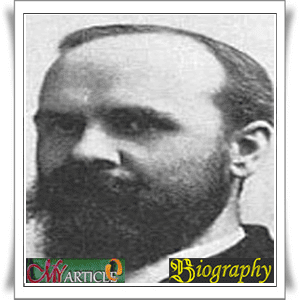 Although he served with distinction during the expedition to Copenhagen and rose to the rank of lieutenant, Hodgskin hate twelve years as a sailor. For one thing, it robs education. Limited access to books. Hodgkin's passion for freedom, hate the unjust authority, and his determination "to make a strong resistance to oppression whenever " does not match the harsh discipline in marine life. Thus, when it became clear that he would pass through promotion, Hodgskin complain.

Of course this makes matters worse. At the age of 25 years, Hodgskin was forced to retire, after which he wrote "An Essay on Naval Discipline" (1813), a scathing accusation conscripts and brutal conditions experienced by British sailors.