✖
Home Mystery Ghosts of War in the Skies Edgehill

Ghosts of War in the Skies Edgehill


Please Share this article is useful !
Ghosts of War in the Skies Edgehill~Ghosts usually tangible one human or animal figure, or a figure only. But the ghost in the sky Edgehill in English is different from the ghosts in general, they are tangible group of troops who were fighting and slaughtering each other.

Want to know the story? This mass ghost appears after the civil war in Edgehill, UK, in October 1642. The clash of two forces is the most famous civil war in the history of English, which fought against the Royalist stronghold stronghold "Roundheads".

Bloodshed lasted for 3 hours involving 30,000 troops are equally strong, so the thousands of casualties. As always, everywhere civil war is very effective for killing people because they are in the house and each privy opponent. 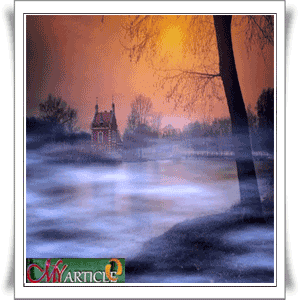 Not only that, the soldiers who perished trampled away and thousands of corpses left to rot on the battlefield. They die without reasonable funeral procession and this is probably what makes the emergence of "ghost wars" involving thousands of ghost in the sky Edgehill.

On Christmas day, people are passing in Edgehill witnessed two camps troops clashed in the sky at midnight. When the English king heard about the existence of this phenomenon, he ordered an official probe into ghosts.

The researchers got the result that the ghost of war phenomenon is true, and this is the only official decision about the existence of ghosts in the history of English.

Reported that the fighting ghosts always appear in the night sky edgehiil when warning of more than 100 years of historic days of civil war "The Phantom Battle Of Edgehill". The locals make this phenomenon as a picnic by gathering in a safe place to watch the ghost war in heaven Edgehill.