✖
Home Mystery 7 Most Spooky Horror Movie in the World

7 Most Spooky Horror Movie in the World


Please Share this article is useful !
1. The Texas Chainsaw Massacre 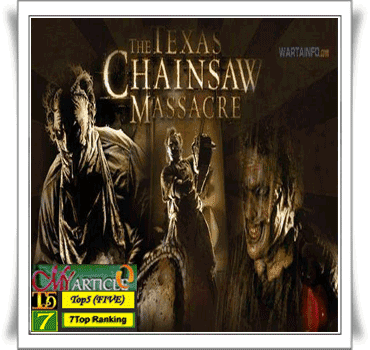 Horror movie this one is the most sinister film in the world. Classic film The Texas Chainsaw Massacre is already 40 years old, but with quite a long story of the age of the film remains one of the most sinister film at this time. The film was released in 1974 with the story of five people companions who terrorized a family of cannibals who killed their victims with a chainsaw, spooky! 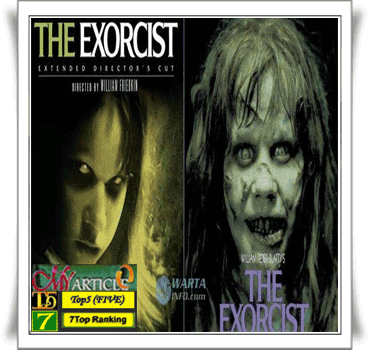 The Exorcist is the most sinister film that can make you fear. The film tells about a story of a woman who was possessed by Satan children and always annoying the people around them, hmmm maybe you can also be disturbed by it, beware! 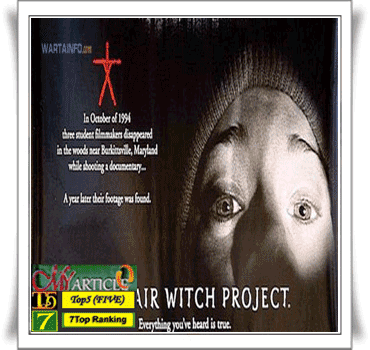 The Blair Witch Project is the most sinister film which was released in the United States in 1999. The film was produced by Haxan Films with a story about three young filmmakers (Heather Donahue, Joshua Leonard, and Michael c. Williams) who perform activities of hiking into the Black Hills in Burkittsville, Maryland, to make a documentary about the legendary Blair Witch. 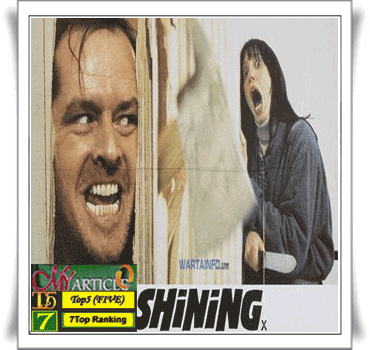 Jack Torrance or Jack Nicholson had a new job to be a guard/cartaker a large hotel and a very luxurious, secluded and isolated from the crowd. Hotel named "Overlook Hotel" is located in the mountains of the Rocky Mountain, Colorado. It coincides that Jack was having a novel writing project, for that reason, Jack eagerly accepted the job, because he thinks the silence and tranquility of the hotel will be the right place for him to finish the novel.

Genesis 5 years ago in the hotel makes no intention to Jack to keep working in fear, for the determination of jack's been round. After one month, any strange happenings occur. Danny a child turns out to be able to see spirits (indigo), and his ability is what makes this movie more spooky. 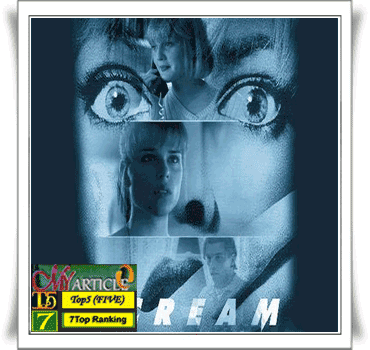 Scream was also a horror movie which is located in Santa Rosa (California). Films directed by Wes Craven and starring David Arquette, is a Neve Campbell, Courteney Cox, Matthew Lillard, Rose McGowan, Skeet Ulrich, Drew Barrymore, and much more. The date of its release on December 20, 1996. It is the first serial of the series the film Scream. 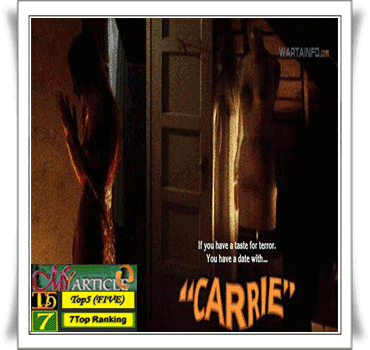 Carrie is the most spooky supernatural in the United States by 2013, produced by MGM and Screen Gems, and released on October 18, 2013. It is the third film adaptation of the novel "Carrie (1974 novel)" by Stephen King. The film stars Chloe Moretz as Carrie White, and Julianne Moore as the mother of Carrie, Margaret White. The film was directed by Kimberly Peirce, and a screenplay by Lawrence d. Cohen and Roberto Aguirre-Sacasa. The story of the film begins from Margaret White (Julianne Moore) is a woman who is very religious, but expecting to give birth to a baby girl, alone in her house. He initially intended to kill the baby, but then changed his mind. 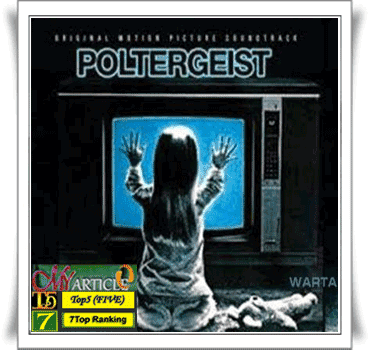 Poltergeist is a horror film, the most famous and successful. Despite its success, the film keeps the curse scare the crew and cast of the film. The reason this movie curse on presumed due to use of the original human skeleton as a movie property. This framework was used in a scene in the pool. The reason the production using the original simple framework, much cheaper than plastic. Craig Reardon, a special effects expert who worked on the film also acknowledges. The use of the original skeleton is cheaper than buying plastic frame and make it look like real. Not only used in the first film, but also for the continuation of the film.