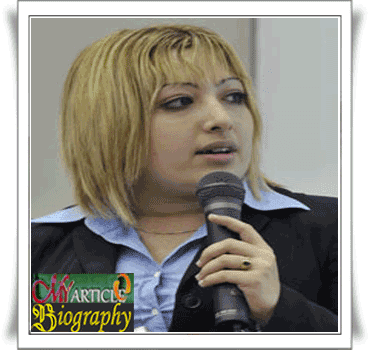 Incredible! Presumably it is a very appropriate word we give to Alia Sabur. How not great, the girl was born February 22, 1989 is capable of being a bachelor of science in the field of application of mathematics from the University of Stony Brook at the age of 14 years.

Because of his intelligence, he was appointed by the University of Stony Brook to become International Research Professor at Konkuk University in Seoul, South Korea. In fact, on 19 February 2008, he was named by the Guinness Book of World Records as the World's Youngest Professor.

Apparently, his intelligence not only in the academic field. He is also a black belt in martial arts Tae Kwon Do. It's amazing!