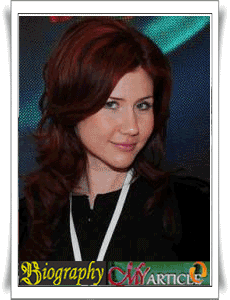 Born with the name Anna Vasil'yevna Kushchyenko and then better known as Anna Chapman is a special intelligence that comes from Russia. He was born on 23 February, 1982 in Volgograd, Russia. He had been arrested by the Government of the United States on June 27, 2010, at New York along with nine others.

He was arrested on suspicion of being a spy program is illegal under the intelligence agency of the Russian Federation. After stints intel proven spy without the prosecutor's report to the United States, he and nine others were deported back to Russia on June 8, 2010 in a prisoner exchange between Russia and the United States.

Anna's father named Vasily Kushchenko worked as a Russian diplomat and also became a spy. But Anna start his career from different fields, which he learned about economics at Moscow University. When the vacation he traveled to London and met a man named Alex Chapman and eventually they married in 2002. They spent a lot of time to stay in Russia and the UK. During his stay in England, Anna had worked for several companies and eventually their marriage ended in divorce in 2006.

Then Anna returned to Russia before finally going to the United States and put his self in the business cycle and nightlife in New York City. Every night he a variety of restaurants and nightclubs in the city. Activities that he did solely to cover the actual Anna identity as a spy. He has a mission to gather some important information and provide that information to the Russian government.

In June 2010 he was arrested after a meeting with FBI agents posing as officials of Russia. After he returned to Russia when the prisoner exchange between Russia and the United States, Anna welcomed by the population of Russia and received an award from the Russian government for the performance he had done. Although the other agents who caught already have a new identity and life, Anna went on to make his name known in the world as the sexiest spy agency.