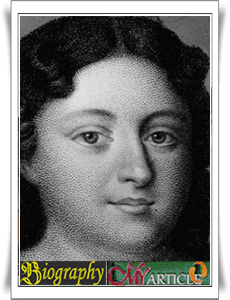 Anna was Empress Russia in 1730 to 1740. Her husband, Frederick WIlliam, the leader of the district or the courland, now known as the Western Latvia. William died only shortly after their marriage. In 1730, after the Emperor Peter II of Russia, the Privy Council under Prince Dmitri Galitzine offers the leadership of Russia to Anna on the condition that he promised would not marry again. Anna then 37 year old undertakes these requirements and finally ascended the throne to become the next leader of Russia after Peter II.

During his reign, Empress Anna Ivanovna (Tsaritsa is the nickname for the Emperor of Russia women; while the Tsar is the nickname Emperor Russia men) army of Russia and established the updating of Military Academy. He also played an important role during the war of succession in Poland. At the time Russia cooperating with Austria against Turkey.

In addition, Anna is also well known as one of the leaders of Russia because at that moment she supports any stage ballet in Russia. The first ballet performance in Russia was organized by Jean-Baptiste Lande in 1735, the last years of the Governence of Anna Ivanovna in Russia.

In 1740, Anna's health began to decline and was often ill. Before it finally died at the age of 47 years because of her severe kidney damage, Anna pointed Ivan VI who is grandson to the throne. This is done in an attempt to secure the line of descent from his father, namely Ivan V.