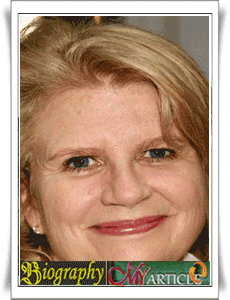 Geraldine Laybourne is the founder of Oxygen Media, who served as chairman and executive manager before the company was sold in 2007 to NBC Universal. Oxygen was first launched in 2000 with a target market of young women. During his tenure, Oxygen can be enjoyed in more than 70 million cable television homes. Oxygen is also the only company in the field of broadcasting which the owner is a woman and is operated by a cable network.

Laybourne was born on May 19, 1947 in Martinsville, New Jersey. He was the second of four children of the couple former soap opera actress and local entrepreneurs. Furthermore, Laybourne obtain a bachelor's degree, majoring in Art History from Vassar College. After graduation, Laybourne worked for architectural firms in Philadelphia. Laybourne then also get a master's degree in the Department of Primary Education of the University of Pennsylvania.

Laybourne first met with Kit Laybourne while her husband was still studying at Wesleyan College. Five years after that meeting, they start a serious relationship and decide to get married six months later. In 1979, to convince Kit Laybourne to start a company engaged in the production of television programs for children. The company was eventually named Early Bird Productions. Their first client is the Nickelodeon cable network owned by MTV.

Laybourne is the first to focus on making a television show for children. Under his leadership, Nickelodeon finally won many awards as the Emmy Awards, Peabody Awards, CableACE Awards and also Parent's Choice Awards. However, Laybourne left Nickelodeon and joined Disney in 1996. As president of Disney-ABC Cable Networks, Laybourne is the charge of the event Disney Channel, Lifetime, A & E, and the History Channel. In 1998, Laybourne left Disney and founded Oxygen Media with Oprah Winfrey and Carsey-Werner Productions. Laybourne has two children, Emmy and Lawrence Paterson.