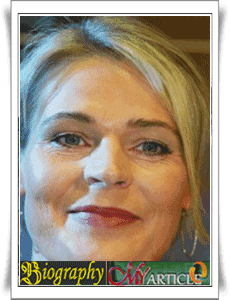 German woman named Gunda Kleeman is a player skats racing / speed skater. Was born on September 7, 1966, he is the most successful speed skater of all time. He changed his name from Gunda Kleeman be Gunda Niemann because he has a wedding Completes with Detlev Niemann Judoka in 1991.

Only about 4 years she and her husband underwent household ark and then divorced by Judoka in 1995. Although divorced, she maintained last name of her former husband "Niemann". After the divorce, she found another love and married a man who came from Switzerland named Oliver Stirnemann on 11 July 1997. Stirnemann none other than the manager of Gunda Kleeman which has long since Gunda accompany him build his career into a speed skater. Therefore, the second marriage, he later changed his name again to Niemann-Stirnemann.

Gunda Kleeman or usually called by the name of Sondershausen Kleeman was born in East Germany. Prior to West Germany and East Germany united into one in 1990, Kleeman has slid in various competitions for the defense of East Germany.

Kleeman has dominated the race skats / speed skating women for several years. Moreover, if the speed skating arena has a long path, it will be increasingly superpower Kleeman outperform its opponents. Kleeman has followed four races Olympics (Olympics), beginning in 1988 until 1998. From the fourth race of the Olympics, he won 8 medals. Eighth medal Olympic Games consists of 3 gold, 4 silver and 1 bronze. In the ninth year in a row, in 1991 and 1999, Kleeman won the event the World Allround Championships in each year, except in 1994.

Kleeman, there were eight times as European champion Allround Champion. From the whole of his career, he has created a world record 18 times and Kleeman Oscar Mathisen Award awarded up to 3 times in 1995, 1996, and 1997.