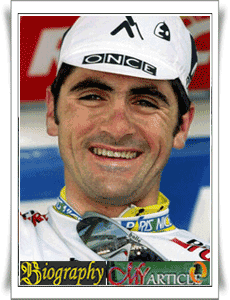 Lance Edward Armstrong is a former American professional road bicycle racing champion who won the Tour a record seven consecutive times France after a survivor of testicular cancer. Experience dealing with this disease inspired him to establish the Lance Armstrong Foundation, and then develop the Livestrong wristband in 2004 in an effort to raise awareness of cancer victims.

In October 1996 he was diagnosed with testicular cancer with a tumor that has spread to the brain and lungs. He went on to win the Tour de France every year from 1999 to 2005, and is the only person to have won seven times after breaking the previous record of five victories with Miguel Indurain, Bernard Hinault, Eddy Merckx and Jacques Anquetil.

In 1999, he was named Sports Athletes this year from ABC World Wide. In 2000, Armstrong won the Prince of Asturias Award in sports. In 2002, Sports Illustrated magazine she won the title of Sportsman of the Year.

On February 16, 2011, he announced his resignation from the competition bicycle race after facing federal investigations of alleged United States the use of doping. In June 2012, the United States Anti Doping Agency (USADA) stated that Armstrong proved to have used drugs to enhance performance during the competition, and in August they issued a lifetime ban for Armstrong to compete as well as revoking all titles acquired since August 1998. On 22 October 2012, Union of international Cyclists (UCI), the sport's governing body the branch bicycle race, supported the verdict and confirm the USADA bans lifetime revocation and competed all of Armstrong's title.