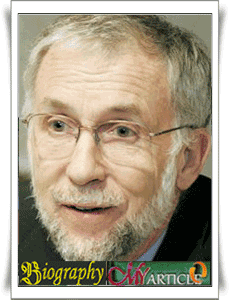 The name Lars E.O. Svensson is known to the world through a variety of research in the field of macro-economics, monetary theory, international trade and general equilibrium. Is one of the most influential modern economists in the world, Svensson completed the education of applied mathematics at the Royal Institute of Technology in Stockholm and the Stockholm University in economics education. A few years later, he earned a Master's degree in economics from one of the world's most famous University, Massachusetts Institute of Technology in 1975 and holds a Ph.d. from the Stockholm University a year later.

Academic product was developed Lars Svensson into a variety of research and educational activities. Experts say the birth of 1947 it became a Research Fellow at the Institute for International Economic Studies, Stockholm University between 1975-1984 to 2001 as well as being a taught International Economics at the iconic institutions. Since 2001, the name was confirmed as Professor of Economics at Stockholm University and Princeton University.

Before becoming Deputy Governor of Sveriges Riksbank in 2007, Lars Svensson is an advisor to many organizations including the World Bank world levels, Federal Reserve Bank of New York and the Reserve Bank of New Zealand. The economic figures of the modern era's name is also listed as a member of the Royal Swedish Academy of Sciences and of the Econometric Society.