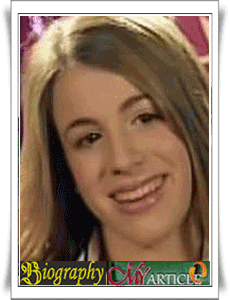 Laura Esquivel is a noted writer of Mexican origin have made a great contribution to the development of Latin American literature. Esquivel was born in Mexico on September 30, 1950. He was the third of four brothers pair Julio César Esquivel, a telegraph operator with his wife Josefa Valdés. Esquivel began writing when he was working as a kindergarten teacher.

Before becoming a novelist, originally Esquivel wrote the plot drama for students. Considered to have the creativity and high imagination, Esquivel then asked to write the screenplay for a children's television program from 1970 until about 1980.

A few years later, Esquivel tried to write a novel. In 1989, he successfully completed and published his first novel, which he titled Como Agua Para Chocolate (Like Water for Chocolate), an imaginative and interesting combination between the novel with cookbooks.

This book tells how important the role of a kitchen of a figure who was in the novel. Not long ago, a book Like Water for Chocolate is translated into English book by Carol Christensen and Thomas Christensen and became an international best seller. The book that has sold more than 4.5 million copies in 1992 was appointed as a movie with the same title. In the United States, Like Water for Chocolate became one of the biggest films of foreign grossing ever released in the United States.

Esquivel won the Mexican Academy of Motion Pictures awards and Ariel Awards. After the success of Like Water for Chocolate, Esquivel continue to show their creativity in writing stories. Four years later, Esquivel published his second novel The Law of Love that combines romance and science fiction genres. In 2000, Esquivel re-issued his novel Between the Fires which tells about the life about love and food.