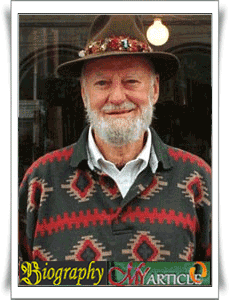 Lawrence Ferlinghetti is an American poet who is also known as a painter, activist and co-founder of City Lights Books Publisher. He is well known for his work A Coney Island of the Mind in 1958. This work is a book containing a collection of poetry and has been translated into nine languages, with sales of over one million copies.  Lawrence Ferlinghetti was born on March 24, 1919, in Yonkers, New York. His mother, née Lyons Albertine Mendes-Monsanto originated in France while his father, Carlo Ferlinghetti came from Brescia, Italy.

Ferlinghetti continued to create and publish his work either in the form of poetry and stories. Of all his work, the puisilah became his identity until today. Poem by Ferlinghetti when read at first glance appear ordinary, but when it tries to read it and menjiwainya it will be found an implied meaning of the extraordinary. Thanks to his work, Ferlinghetti's gained a lot of awards in journalism.