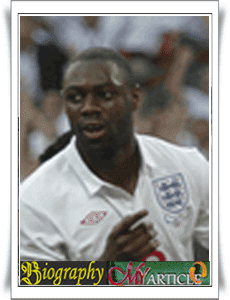 In 2009 he was named by The Times as the 25th best player of Tottenham all time. He spent the rest of his football career at the North London Club since joining as a player exercises. The Club is like a second home for the King. He's always hard to imagine wearing another teams shirt.

King was first to strengthen Tottenham in 1999, King appeared in 246 matches in the Premier League and Carling Cup won in 2008. In addition to strengthening the national United Kingdom in the 2010 World Cup in South Africa, the King also participated in teams under the age of 21 years. King announced his retirement from all forms of football on July 19, 2012 as a result of a chronic knee injury which disrupted his career. But he remained at Tottenham as Ambassador.