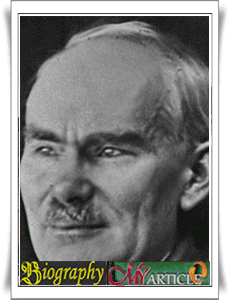 Lee de Forest was the original United States physicist. He is known for successfully finding triode audion tube or in 1906. The figure of De Forest is a person who has been instrumental in the development of technologies, especially radio technology. Triode is an important component in the make`s radio, telephone, television, and computers.

In 1912, he posited that the triode amplifier tool can be used as an electrical signal. Since then, triode used as tool of power amplifier. However, in 1947, the role of the triode was replaced by transistors. However, it's also been instrumental in the development of the technology world.

Not only that, it's also creating, improving and patented system of recording the soundtrack of the film strip on each, allowing accurate synchronization between sound and image. It appears, indeed his entire life he devote to the development of technology.

In his personal life, the family de Forest was known as a good pastor's family. His father was a pastor and was planning on making the de Forest as the pastor as well. At the age of 6 years of entering the Forest, he and his family moved to Alabama. There, the family built a school for the negro. Unfortunately, their efforts opposed vociferously by the whites.