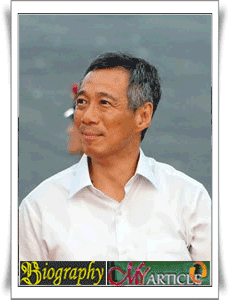 Lee Hsien Loong has joined the Singapore armed forces in 1971 after graduating from the University of Cambridge and Harvard. After occupying a position in the armed forces of Singapore Bridgen, 1984 he resigned as elected members of Parliament.

During the two years of his term as a member of Parliament, Lee then switch positions as the Central Executive Committee of the people's action party along with his position as Deputy Prime Minister in the 1990 's.