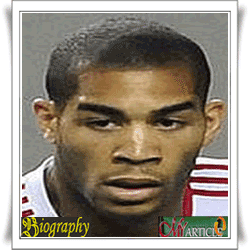 Oguchialu Chijioke Onyewu, an American football player who currently plays as a defensive position in the club Malaga FC as a player on loan from Sporting SP. a man who is often called "Oguchi" is also included in the US national team members. Oguchi comes from a family of immigrants from Nigeria who later settled in Washington to learn. He attended Sherwood High School, before enrolling in a US citizenship program in Florida. Men born May 13, 1982 is recorded as one of the top three football players in the United States.

After spending two years to play at Clemson University football team, in 2002 Oguichi moved to Europe and joined the squad Metz in France. In 2003, he was loaned out to La Louviere of Belgium and a year later to standad Liege. in the 2004-2005 season, the official Oduchi moved to Liege. after one season run, he was named the best player in the league Belgium as well as the best foreign player.

On January 30, 2007, the official Oguchi loaned by Liege to Newcastle United. In 2009, he signed a contract to play for 3 years with AC Milan. Milan Oguchi extend the contract for one season when his contract with Milan runs out in 2012. The beginning of 2011, Oguchi Onyewu on loan from Milan to Twente in the Eredivisie league.

Men who came from the Igbo tribe, Nigeria, it is also not free from racial abuse during his career as a soccer player. ranging from yelled as blacks until beaten by racist fans have ever experienced. The most famous case is when Liege against Andeerlecht the 2008-2009 season. Oguchi accused Jelle van Demme has called him a "dirty ape". This continues until the lawyer Oguchi want demanded Van Demme to end racist cases in European football. The case was closed after Van Demme apologized to Oguchi over racist treatment against Oguchi.