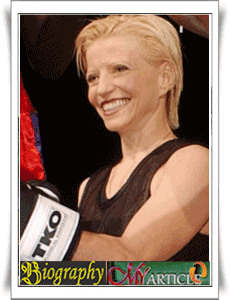 BIOGRAPHY
Prior to 1972, the athletes who compete in sports Gymnastics (gymnastics) judged by the elegance of movement rather than acrobatic. But the figure of Olga Korbut change everything. With a smile that kept outstretched, Korbut participation in the 1972 Olympics enchant millions of television viewers around the world to be able to make gymnastics became an Olympic sport at the forefront.

Korbut was the first to perform aerial somersault backwards on the balance beam and the first athlete to show the movement of stepping back on the uneven bars. Korbut was born May 16, 1955, in the city of Grodno, near the Polish border in the former Belorussian Soviet Socialist Republic, now Belarus. His father, Valentin, was an engineer, while his mother, Valentina, is the cook.

When he was eleven years old, the youngest of four brothers began training with Yelena Volchetskaya, 1964 Olympic gold medal winner Volchetskaya see tremendous potential Korbut. He impressed on the determination and courage this petite girl. He is always willing to try new moves, turning, jumping, and spinning. In 1967, Korbut junior championship gymnastics Belorussian. He won a gold medal at the championships Spartakiade school, beating the best gymnast of the Soviet Union.

In 1971, Korbut was awarded a Master of Sport are given to those who excel in sports. Korbut was the youngest person to win the award. Having captured the third place in the national championship of the Soviet Union in 1972, the brother of Ludmilla Cup participating in Riga, in Latvia. At the first international championship, Korbut Salto movement, Korbut Flip, and Flic-Flac Korbut became more widely known by the public.

The peak of fame Korbut occurred in 1972, when he entered the selection of athletes who participate in the Munich Olympics of 1972. Although participation only as a backup of his senior colleagues, Korbut get a chance to play when one of his injury. with a distinctive appearance, hair terkuncir make the tomato sauce enthusiasts look younger than age 17 years. At the Olympics, Korbut helped the Soviet team won the gold medal. He himself carried off the silver medal. At the 1972 Olympics, Korbut attracted worldwide attention with the movement that has tremendous flexibility and smile spreading, whereas when the other gymnasts put a serious expression. From that moment, the world is fascinated with the smallest athletes in the Olympics 1972. Because of its charm, interest gymnastics exploded worldwide. In the United States, there are 15 thousand gymnasts practicing before the Olympics 1972. A decade later, the number of gymnasts rose to number 150 thousand athletes.