Please Share this article is useful !
Based on reports from the Ministry of Transportation of Air Asia plane Chronology loss QZ8501 explained during a press conference in Region II Airport Authority office at Soekarno-Hatta Airport on Sunday, December 28th, 2014.

In detail, it can be seen that the plane manifold QZ8501 Air Asia Airbus A320-200 charged an estimated 155 passengers crashed in the waters of Tanjung Pandang and Pontianak. However, it is still based on provisional estimates, because until now the existence of Air Asia plane QZ8501 still uncertain status. The following will explain in detail loss QZ8501 The Air Asia revealed by the Director of Civil Aviation Murjatmodjo Djoko: 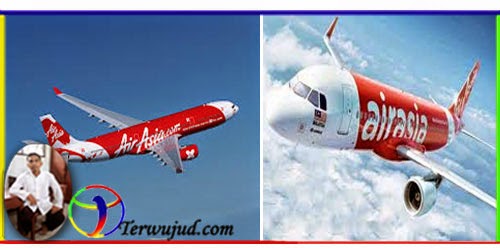 1. At 05:36 pm
At 5:36 pm plane takes off and depart from Surabaya to Singapore with a height of 32,000 feet sekitae. The plane reportedly still at The usual path between Surabaya and Singapore.

2. At 06:12 pm
Last contact with Air Traffic Control (ATC) Jakarta occurred at 6:12 pm, in the contacts pilot requested permission to divert the plane to the left and climb to an altitude of 38,000 feet. The request was approved by the ATC. Rising to a height of 38,000 feet plane because there are problems on the weather which is characterized by thick black clouds and very dangerous for aircraft if passed.

5. At 06:18 pm
Finally, at 6:18 pm stated that Air Asia QZ8501 plane disappeared from radar. Characterized by the loss of radar signals only on the data plan that is supposed to fly in the radar there is other data that is the realization of flying, but the data is lost.

6. At 07:08 pm
Aircraft stated that early stage INCERFA lost contact, which occurred at 7:08 pm, then the director general of a direct nexus to contact Basarnas.


"Location is missing the contact between Cape Panda and Pontianak somewhat to the south. Basarnas still looking for a position that ELT usual because the plane went down, there will be a transmission, it does not exist," said Djoko. (Report by www.kompas.com)

Air Asia QZ8501 carrying 155 passengers with a number of people as a whole are divided:
Until today (29/12/2014/Monday) TEAM Basarnas still searching Aircraft Loss of Air Asia QZ8501, besides several other countries such as Malaysia, Singapore, Australia also offers assistance to conduct a search.