Please Share this article is useful !
What is liver disease? There are more than 100 types of liver disease, which together affect at least 2 million people in the UK.  In the UK, the three most common types are:
All three are preventable

Who wrote this report? 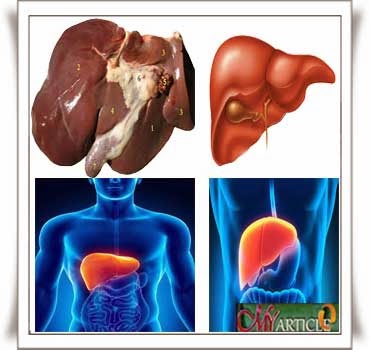 The report was compiled by a group of UK doctors and academics, and was published in the peer-reviewed medical journal, The Lancet. The work was organised by The Lancet to "provide the strongest evidence base through the involvement of experts from a wide cross-section of disciplines, making firm recommendations to reduce the unacceptable premature mortality [death] and disease burden from avoidable causes, and to improve the standard of care for patients with liver disease in hospital".

The report stated that no people involved in the report were compensated for their time and no competing interests were declared. The report involved many of the major medical and liver research councils in the UK, including the British Liver Trust, the Royal College of General Practitioners, the Children's Liver Disease Foundation, the Royal College of Physicians, the British Society of Gastroenterology, the Foundation for Liver Research, and the British Association for the Study of the Liver. The views expressed in the report were described as those of the authors and do not necessarily represent the views of any of the organisations involved in this report.

What were the issues identified in the report?
The report outlined how liver disease in the UK "stands out as the one glaring exception" to the vast improvements in health and life expectancy made over the past 30 years for many diseases, such as stroke, heart disease and many cancers. The rise in liver disease-related deaths was described as being linked to similar rises in known risk factors for liver disease, namely alcohol consumption, obesity and an increasing number of cases of viral hepatitis (especially hepatitis C). Deficiencies in hospital and primary care of liver disease were also highlighted alongside the financial impact to the NHS. Some of the key facts used to describe the current "crisis" in liver disease include:
What were the suggested solutions?
The report states the recommendations made were selected on the basis that they will have the greatest effect, and that these need to be implemented urgently.


"Although the recommendations are based mostly on data from England, they have wider application to the UK as a whole, and are in accord with the present strategy for healthcare policy by the Scottish Health Boards, the Health Department of Wales, and the Department of Health and Social Services in Northern Ireland."

The report's 10 most high-impact and urgently needed recommendations are:
What happens next?
It is difficult to predict. Some of the recommendations, such as providing resources to make the early diagnosis of liver disease more likely, are purely clinical. Whether or not the recommendation is taken up will probably be based on whether the resources are available and this can be justified. But other recommendations – such as introducing minimal alcohol pricing, restricting alcohol sales to certain times of the day, and bringing in new rules regarding the advertising of alcohol – are politically controversial, and are likely to meet with fierce opposition from the alcohol industry.

It would be surprising if any party publically supported the recommendations this side of the upcoming general election. Governments do have the power to change behaviour, which, as with the smoking ban, can prove very successful in achieving large-scale change. But ultimately the responsibility of preventing liver disease is yours. If you moderate your alcohol consumption, try to maintain a healthy weight, and never share needles (if you are an injecting drug user), you should have a good chance of avoiding liver disease.