✖
Home Mystery The mystery of the Horrendous Tjipetir Europe

The mystery of the Horrendous Tjipetir Europe


Please Share this article is useful !
The mystery of the Horrendous Tjipetir Europe is revealed as well ~ the image above is the appearance of a horrendous Tjipetir slab factory in some countries in continental Europe. According to the inscription on the slab, the manufacturer is now also still called just Cipetir has been changed to the new spelling. As quoted from kapoww. com, this rubber factory is located in the region of Sukabumi, West Java, at the Kecamatan Cikidang.

According to the administration of the estate, a four square-shaped objects that are found in the waters of continental Europe it is true comes from the factory. Based on search data, Cipetir factory founded in 1885 and is indeed producing materials made of red rubber. 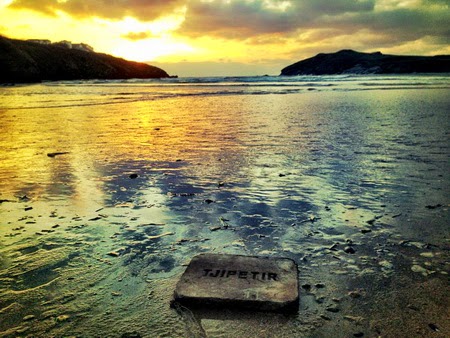 Cipetir factory is not the colonial era when sejaya first. The factory that produces gutta-percha is or gutta-percha from the rubber tree and used to make fake legs to this golf ball material now more languish. Production continued to decline because demand is no longer high. Hopefully discovery Tjipetir in diverse places of the slab on the European continent could be uplifting plant in Sukabumi this for mengkespor results of his earth.

Earlier, a number of a type of rubber slab with the inscription horrendous Tjipetir some countries in continental Europe. Dozens of people from the United Kingdom, France, the Netherlands, and Germany claimed to find such springy slab. Curious. They also created a group on Facebook called social networking ' Mistery ' Tjipetir to know anyone who has found a square-shaped plate of four similar to the chopping block. 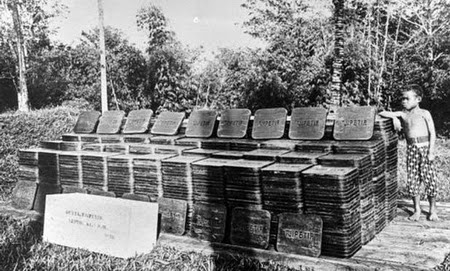 In fact I was so to see from which Tjipetir originated, a slab of Netherlands made a special video about the invention of the rubber plate and then uploaded to the YouTube site. Some Europeans suspect the tablets came from a ship that sank in the days of colonisation and is estimated to have more than half a century. Then how to slab of Indonesia's estimated 100-year old more of it can be found in a number of waterways in Europe? Take a look at the video at http://www.youtube.com/embed/QDa1Ec7rpkE