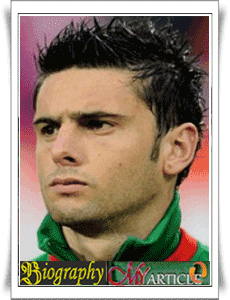 Helder Manuel Marques Postiga or more commonly known as Helder Postiga was a professional football player who was born on 2 August 1982 in Vila do Conde, Portugal. He is currently one of the attackers who joined together Club Zaragoza.

At the club he plays as a striker. After beginning his professional career at Porto's Postiga continued his career at Tottenham Hotspur. However, in the 2004-2008 he returned strengthened Porto. When Postiga in Porto, once a loan player Saint Etienne and Panathinaikos.