BIOGRAPHY
Helen Lloyd Coonan (born 29 October 1947) is a former Australian politician, who was a Liberal member of the Australian Senate representing New South Wales from July 1996 to August 2011. Helen Lloyd Coonan is a former politician in Australia who had been a Liberal Member of the Senate representing New South Wales, Australia from July 1996 until August 2011. Helen was born in Mangoplah, New South Wales on the birth date October 29, 1947. He then entered the school of Mount Erin, a Catholic boarding school in Wagga Wagga. Finished from there, Helen later continued his studies at the University of Sydney, where he graduated with obtained his law degree. 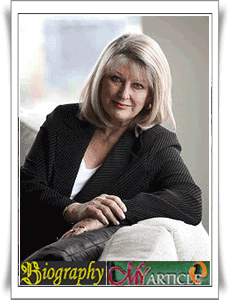 With the new law degree he can, Helen later work practices as a lawyer in the city before he finally decided to enter the world of politics. Helen began her stride in politics by becoming Chairman of the Law Foundation of New South Wales from 1991 to 1992. In 1996, for the first time Helen Coonan was elected to the Federal Senate as a representative of New South Wales. He was re-elected to the Senate in 2001 until he was appointed Minister for revenue and Assistant Treasurer until 2004. In July 2004, Helen again named to the Cabinet Minister.

This time he is believed to be the Minister for communications, information technology and the arts. With this position, Helen is responsible for supervising the broadcasting and telecommunications industries in the ICT sector as well as Australia and Australia Post. Helen was the first woman to be Vice Chairman of the Government in the Senate in January 2006, and is the first woman in the ranks of the Coalition Party leaders to end the party suffered a defeat in a vote on November 24, 2007.

After the defeat of the Liberal Coalition Party at the general election of 2007, milestone leadership was replaced by Brendan Nelson, while Helen was withdrawn to be Vice Chairman of the Coalition in the Senate by Senator Eric Abetz. He was appointed Shadow Minister for Human Services. When Malcolm Turnbull defeated Brendan Nelson in a leadership election in September 2008, Helen is asked to become a business manager in the opposition in the Senate until he was elevated to the prestigious position as Shadow Foreign Minister. On August 18, 2011, in his speech, Helen announced to resign on 22 August.

Early life
She was born in Mangoplah, New South Wales, attended the Mount Erin convent Catholic boarding school in Wagga-Wagga, and was educated at the University of Sydney, where she gained a law degree. She was a barrister and solicitor before entering politics. She was Chair of the Board of Governors of the Law Foundation of New South Wales (1991–1992).