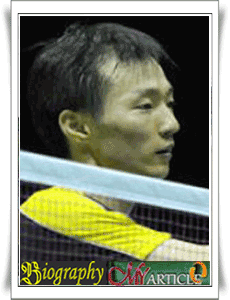 Lee Hyun Il, is a badminton athletes. Athletes born April 17, 1980 is an athlete from South Korea. Lee has attended the 2002 Asian Games competition. Then, he showed that he deserves to defend Korea Team because it shows a pretty good skill. In the category of men's doubles, Lee and his teammates dominated the game and managed to finish the game in just over 30 minutes. And, finally the team Korea managed to get the gold medal in these Championships after their last earned this medal in 1986.

Lee later performed at the 2004 Summer Olympics. This is his first experience of playing in the Olympic tournament. In the first round, he easily overcame the game Stuart Brehaut origin Australia. But, surprisingly, he has to be eliminated from the second round after she defeated by Boonsak Ponsana, Thailand origin players.

At the 2006 IBF World Championship Tournament which was held in Madrid, Spain, Lee appeared in the category of single men. He managed to overcome his opponents like Chetan Anand, Jan Frohlich, Eric Pang, and Chen Jin. However, he returned to this Championship, retired after she swallows defeat over Bao Chunlai in the semi-final game.

He managed to beat the world's top player Lin Dan and Lee Chong Wei in Korea Open in 2008. After that, he returned to participate in the Beijing Olympics and made it to the semifinals in the party before finally had to give up on the hand Lee Chong Wei from Malaysia, the player who was ranked 2nd in the world. He must also recognize the power of Chen Jin from China. In the event, he just managed to get a bronze medal.

After the 2008 Olympics, he announced that he retired from international competition and just following the national competition only. However, in April 2010, he again competed on the international stage after was persuaded by colleagues and coaches to fill the void in the team Korea. In May 2010, Lee participated in the 2010 Thomas Cup and he played in the men's singles category. Achievements he ever achieves is to become a world player rankings 1 in 2004. The ranking he earned per 12 July 2012 is ranked 8th in the world.