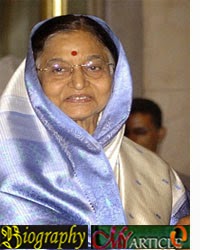 Indira Priyadarshini Gandhi is the only daughter of Jawaharlal Nehru and Kamala. His father was an active member of the Indian Independence Movement and the first Prime Minister of India. He himself is the first female prime minister in India.

Indira Gandhi was educated in Switzerland and Somerville College, Oxford. When his mother died in 1936 he returned to India. Since that time he was active in the Indian national movement and became a member of the Indian National Congress. There she met her husband, Feroze Gandhi.

In 1959, Indira Gandhi was elected as President of the Indian National Congress. After the death of Jawaharlal Nehru, he decided to contest elections and was elected. He was assigned to the Ministry of Information and Broadcasting of India. After Prime Minister Lal Bahadur Shastri died in 1966, India's Congress appointed him as Prime Minister.

In his tenure Indira Gandhi managed to bring major changes in agriculture programs so as to lower the country's poverty. Gandhi also signed the Shimla Agreement to resolve the Kashmir dispute peacefully. Besides, he also led a movement called the Green Revolution to address the chronic food shortages in the Punjab.

Although it has brought many advances Indira Gandhi criticized for inflation, the country's economic poverty, and corruption. People's anger against him push it declared a state of emergency due to the turbulent political situation in India. Indira Gandhi was defeated in the next election and then jailed.

During 1980 the Sikh separatist movement growing in India. Indira Gandhi tried to suppress this movement. In September 1981 it held a campaign separatist group in the Golden Temple in Amitsar. Indira ordered 70,000 troops to enter the sacred space. In this operation more than 450 people died. This operation increases the tension in India at that time and trigger shooting at Indira Gandhi by Satwant Singh and Beant Singh on October 31, 1984.