Please Share this article is useful !
Speaking of Elle Fanning, you will immediately imagine a plain figure, graceful, and blonde. Yup, the young star of this one was known as one of the blond actress in the world's most dazzling Hollywood.

However, after he synonymous with the identity of the blonde, Elle is now just changed his hairstyle. Like what changes this Maleficent star appearance? 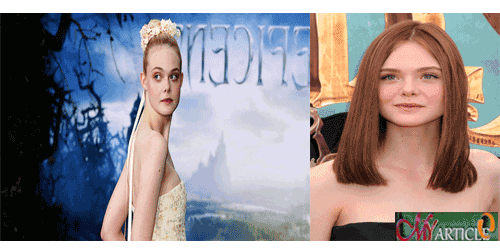 New appearance Elle successfully immortalized by one of the media cameras when she attended the premiere of her latest film titled THE BOXTROLLS. It was there that he performed differently with shorter hair and a brunette, as reported by the Daily Mail.

In the photograph, you can see clearly if these new changes make beautiful actress 16 years old a person who's more fresh than ever before. Pale skin look more radiant with his new hair color.

That day, he appeared very beautiful and successful steal everyone's attention with this new style. His appearance is enhanced with a strapless black top paired with matching pants. It looks very stylish and elegant.

Her face is like a perfect angel also increasingly with natural make-up makeup and pink hue on her cheeks are so tempting. Well, according to you how this new look Elle?