Elle Fanning Will Play in Horror?


Please Share this article is useful !
Sweet and innocent face belongs Elle Fanning does not seem to be able to enjoy a lot in the next film. Being under Nicolas Winding Refn director, THE DEMON NEON will be the next Elle horror movie. 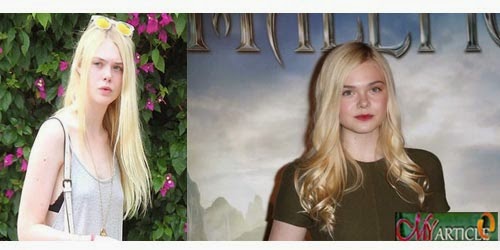 The film is written back by Refn and Mary Laws will feature the story of a woman who was trapped in a tense situation. In this film, Elle will serve as a model trapped in a world full of beauty and blood.


"Elle Fanning is a woman who is right for this movie. I really hope a lot on our trip in the movie THE NEON DEMON," said Refn.

The film will begin to enter the cultivation process in March. Refn and his team will make Los Angeles as the first shoot them.

Elle Fanning by Refn election itself is more due to their roles with the director reliable some great films. Start of Alejandro Gonzalez in the movie Babel, Sofia Coppola film SOMEWHERE, even JJ Abrams who worked on the movie SUPER 8.

For you fans of Elle Fanning, it seems you have to be extra patient awaiting action in the film THE DEMON NEON this. Because the new one priority process begins March, could be a new film appeared towards the end of the year.