Handsome Men Together Again, Is he new girlfriend Miranda Kerr?


Please Share this article is useful !
Households Orlando Bloom and Miranda Kerr has long ended in divorce. Even so, these two stars are still a good relationship for the happiness of those adorable little son Flynn Bloom.

had long been in a relationship, now Miranda suddenly appeared by surprise in the event 2015 Grammy Awards after party held at the Chateau Marmont. As reported by the Daily Mail, this gorgeous model holding a handsome man. 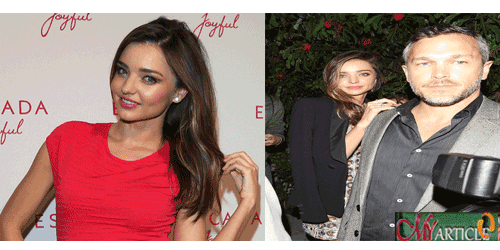 Not only handsome, mysterious man also figure very mature and very suitable to be a companion Miranda. Of course, their presence managed to steal the attention of many people and journalists who meet the event venue.

In the portrait, you can see clearly what kind of adult male figure who accompany Miranda to this prestigious party. Real identity is not known, but he looked so protective while beside Miranda.

He tried hard to avoid the media cameras are scrambling to take them and keep the spotlight journalist Miranda from there. That is why no wonder if many people who suspect if this man is a bodyguard beautiful model from Australia.

Unfortunately, it is still not known for certain about who this handsome man. Previously, Miranda was reportedly close to a businessman named James Packer. Related to this rumor itself, both parties had not provided clarity about what their actual relationship.