Please Share this article is useful !
Once an agreement is reached between Sony Pictures and Marvel, they will be looking for the latest news cast a younger Peter Parker. It means let's say goodbye to Andrew Garfield who have accompanied us in THE AMAZING SPIDERMAN.

According to Variety, Sony Pictures is already getting ready to find the right actor. Some star names have easily been called, you know. Anyone about? 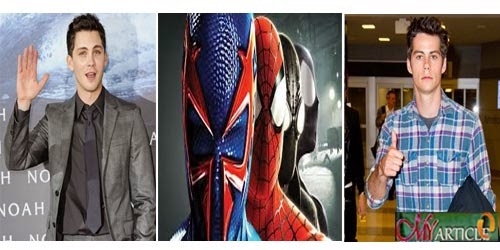 The first is Dylan O Brien. The young actor is known through the series Teen Wolf's. His name is increasingly global after THE MAZE RUNNER starred.

The second candidate called potentially be the next Spider-Man is Logan Lerman. Logan is the main actor of the movie franchise PERCY JACKSON. And recently he was also successful in the film also starring Brad Pitt, FURY.

There is no certainty anyway who will be elected to serve as Spider-Man. Actors are reportedly not been approached by the producers. But the Sony must hurry, because Marvel plans to introduce the character of Spider-Man in the next Captain America movie.

Agree it if Dylan O'Brien and Logan Lerman so Spider-Man's new? Or you have another champion to portray these characters?