Kim Kardashian Cutting his Hair Out


Please Share this article is useful !
Ahead of the most awaited music awards event in the world, 57th Annual Grammy Awards, voluptuous wife of controversial rapper Kanye West is to make a breakthrough. Kim Kardashian recently cut his hair short yesterday (6/2). He gave evidence to upload a new photo on her Twitter account like this:

But to be honest, the latest hairstyle Kim even makes it much more fresh and youthful. With increasingly active North West, daughter one year old, this shoulder-length short pieces will be made Kim is far from complicated. But, if Kim would compete with his sister, Kylie Jenner, who first cut her hair short? 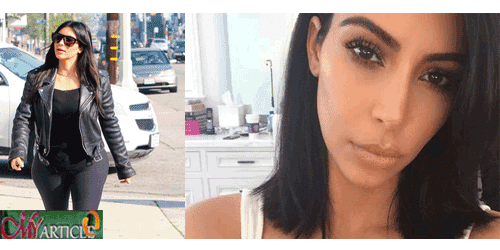 As already reported, Kylie Jenner pose hot in the February issue of Love magazine. No less hot, Kim Kardashian had already posed a 'hot' and sensual for the same magazine. Hot competition seems to return peaked between sisters.

Kim changed his hairstyle just two days before the 2015 Grammy grand event starts at 8 February. The plan, he would accompany her husband to be gigging with Rihanna and Paul McCartney performed the new single FourFiveSeconds. Kanye West was also nominated in the Best Rap / Sung Collaboration and Best Rap Song.

It turned out that Kim did not want to miss this latest trend. He seems to have predicted if he will be in the spotlight with short cut hair. Good job, Kimmy!