✖
Home Entertainment Hollywood Living with a lot of treasure, Jaden Smith Just Got A pair of Shoes

Living with a lot of treasure, Jaden Smith Just Got A pair of Shoes


Please Share this article is useful !
Everyone knows if Will Smith including top Hollywood actors who have successfully made people crazy cool thanks to acting in various films that starred. It is also likely to be passed on to his son, Jaden Smith.

Due to the popularity of which is owned by the father, I wonder if the Smith family life with abundant wealth. However, Will has just revealed an astonishing fact about his son. 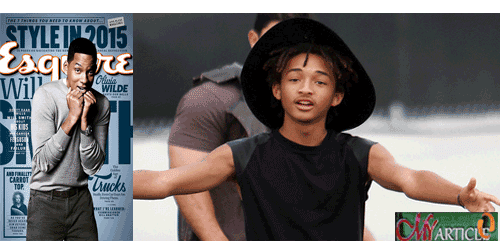 Through an interview with Esquire magazine, this EARTH AFTER star revealed that her beloved son was only a pair of shoes. Surely this is really a completely unexpected considering the wealth asset Will is so great.


"This is a very strange thing. Jaden, my son who was 16 years old just got a pair of shoes. He also only had six and five shorts t-shirts," said 46-year-old actor. Incredible is not it?

If a child his age like to spend money and buy branded goods, it is completely different with Jaden. Will also added, "He (Jaden) do not want to be enslaved by money. I really appreciate it."

Well, nobody ever thought that if it turns out totally different Jaden with the other young stars. In the midst of abundant wealth of his father, he still live a very simple life. That'S Cool!