Please Share this article is useful !
Public know obsessed with superheroes who are members of The Avengers, the Marvel tried to use the momentum. Yup, a group of female version of The Avengers has just introduced to the public. The difference is, the characters temporarily present in the form of comics. Even so there was a possibility if they would be made to adapt as THE AVEGERS later. 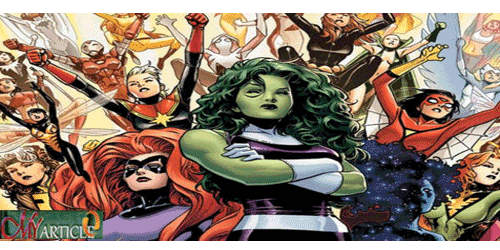 The superhero women belonging to the group called A-Force. Some of them are Dazzler, Hulk female version, and a new character named Singularity. The A-Force is collected to join as part of the Secret Wars Marvel Universe event that could destroy the Avengers men.

This comic will be launched in May. The story was written by a woman named Willow Wilson and Marguerite Bennett. While the image is done by Jorge Molina.

Singularity itself described as a figure who has no gender for sure but chose to be a woman. He had the ability to move the dimension and the world as being bitch-road. Well, Could the A-Force is rivaling the popularity of The Avengers later?