✖
Home Music One Direction coming to Indonesia (Live in Jakarta at GBK March 25, 2015)

One Direction coming to Indonesia (Live in Jakarta at GBK March 25, 2015)


Please Share this article is useful !
British man singing group, One Direction, certainly will greet fans in Indonesia in rangakaian One Direction on The Road Again Tour 2015 at the Bung Karno, Jakarta, March 25, 2015. 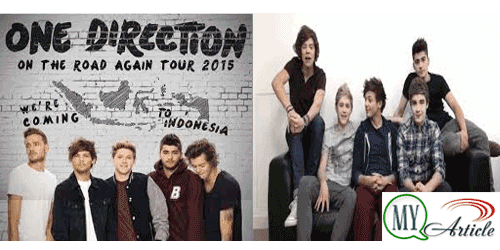 Groups whose members Niall Horan, Zayn Malik, Liam Payne, Harry Styles, and Louis Tomlinson will later come to Indonesia after Singapore on March 11, 2015. Ismaya, as a promoter, and a party of Sony Music also has to make sure the group is famous concert 1D designation that will be held with a very festive. Later, 1D will carry 90 crew and 50 dancers who will enliven the concert stage.

Concert tickets will be sold starting at IDR 500,000 for class ticket tribune 2. As for the stands 1 and 3 is priced at IDR 750,000. Class E and F festival worth IDR 1 million, festivals C and D valued at IDR 1.2 million, as well as A and B festival sold IDR 1.4 million. There are also VIP tickets are sold at a price of IDR 1.7 million. However, if you buy tickets for the hot seat for IDR 2,750,000, the buyer can get the official merchandise from One Direction. In Asia, 1D also will visit six countries, including Indonesia.

Ismaya party also said ticket sales Kasablanka on May 31, 2014 will certainly take place safely and comfortably. "No fear of running out. We did not determine the amount of ticket quotas. Only, determined until 9pm. All ticket sales system has been prepared, the number system, and which can enter only the purchase of tickets. We will make as comfortable as possible," said Yudha .